Irene Howcroft, Owner/Operator
Irene is a Certified Master Trainer in: Obedience, Detection, Tracking/Man-Trailing, Evidence Recovery and Certified Trainer for Patrol. Together with the staff of Ruidoso Malinois she trains all Belgian Malinois K-9's at our facility.

Training Program
We train what we breed ensuring health, drive and disposition.

Our program starts with puppy-training focusing on socialization with people and dogs, confidence building in varied environments, and enriching the desire to work and developing scent detection. We work carefully to build each dog's confidence with specific and positive reward-based training as it is important that our dogs remain confident and eager in unfamiliar surroundings. Our detection dogs have little or no aggression toward people or other animals. 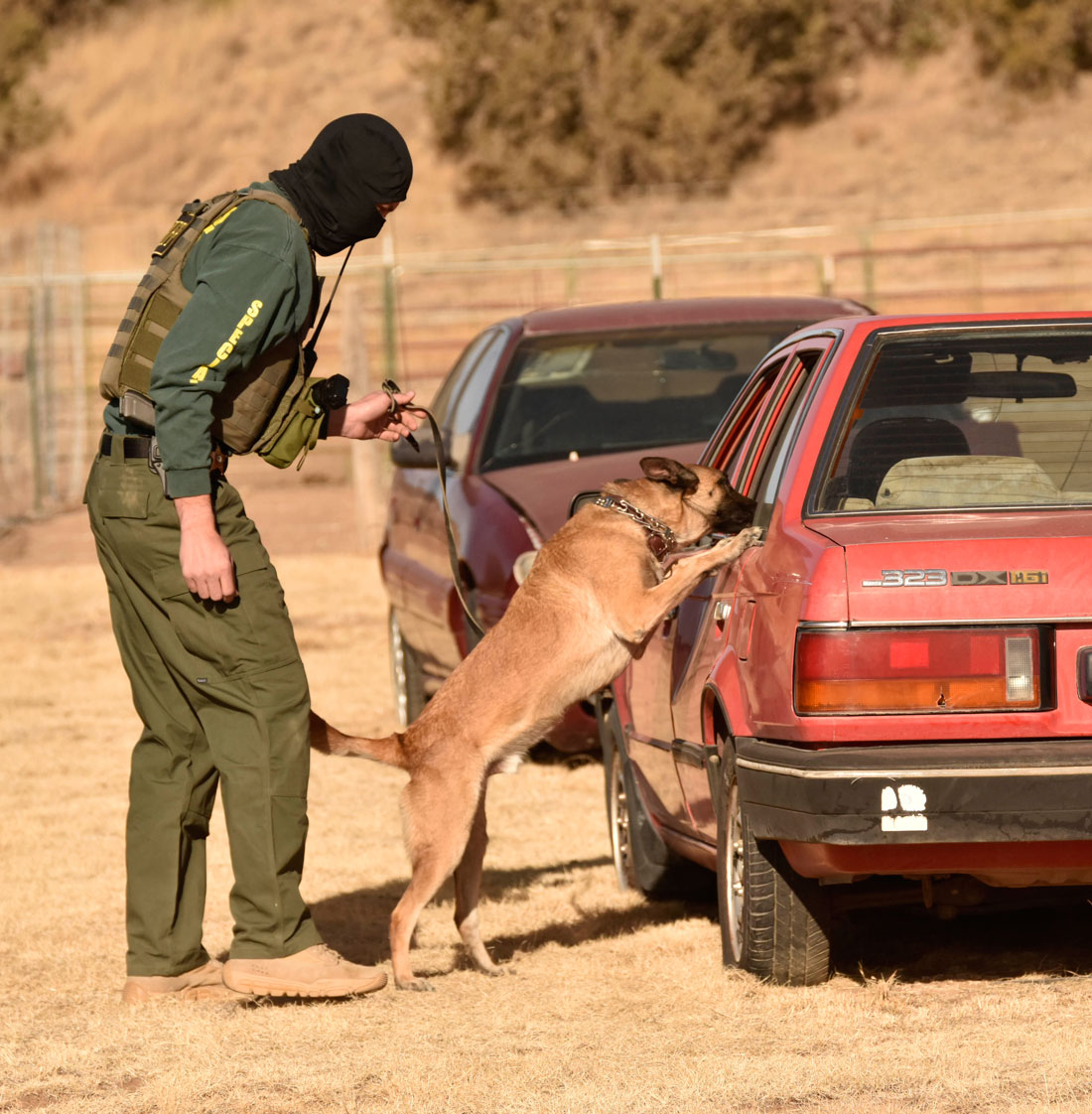 About Canine Detection
Using dogs for a variety of detection tasks began more than five decades ago. Today, dogs are widely used by local, state, and federal law enforcement, the military, private and security companies. This growth and widespread acceptance is explained by one key factor - dogs can be extremely effective.

It has been estimated that a dog's olfactory system is 10 thousand to 10 million times greater than that of a human. A dog has 220 million scent cells as compared to about 5 million for a human. Dog scent cells line the canine mucosa, a membrane at the rear of the snout, which is folded so many times that, if smoothed out, it would be larger than the dog's body.

Based on laboratory testing at Auburn University's Canine Performance Sciences, dogs can detect certain scents in a concentration at least as low as 500 parts per trillion. To put that into perspective, that's like buying one lottery ticket out of two billion (a third of world's population) and winning every time. 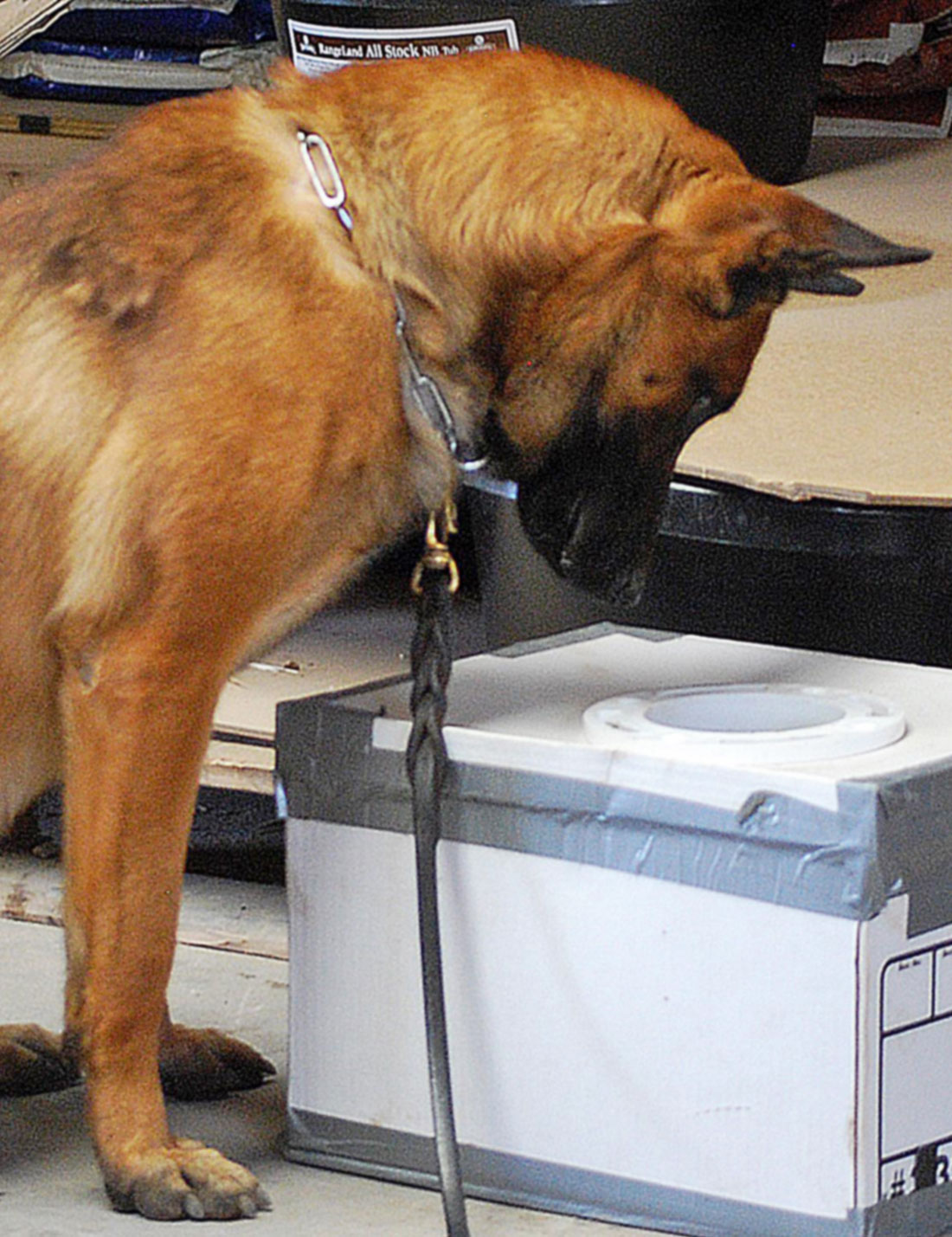 Dr. L. Paul Waggoner, Interim Director of the Canine Detection Research Institute at Auburn University, says that the other characteristics of dogs may be even more important than their odor detection sensitivity in field detection work, especially compared with other detection methods:

Ruidoso Malinois is committed to the breeding, raising and training of exceptional Belgian Malinois as personal protection dogs, police K9's, and family companions. Puppies are also available for sale.